Ireland is a place that takes the breath away from anyone who can be seduced by its charms. Spectacular landscapes, coastal routes and picturesque villages where you can enjoy the authentic Irish flavour. That’s why Ireland is a destination we like to repeat. In this article I’m going to show you the 7 must-see places to visit in Northern Ireland. Take note! 📝 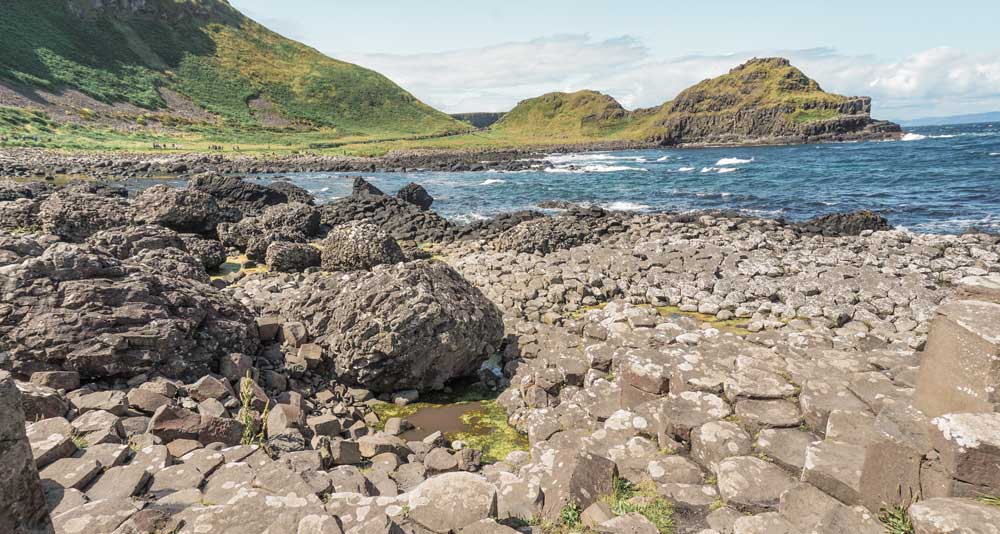 This incredible site is at the top of any list of places to see in Northern Ireland. Its majestic beauty and history – and legend – make it one of the island’s top tourist attractions.

But Benandonner, angry, decided to pay a visit to the giant McCool. So his wife had a great idea: to disguise McCool as a baby. When the Scottish giant saw how big Finn McCool’s supposed baby was, he ran away, tearing up the Causeway in his wake.

The Giant’s Causeway can be reached by car, bus or on a tour from Belfast or Dublin.

If you are planning a driving trip in Northern Ireland, I recommend the Causeway Coastal Route, which is the coastal route between Belfast and Derry. Besides the Giant’s Causeway, you will find incredible places like Dunluce Castle, Old Bushmills, the Carrick-a-rede rope bridge or Carrickfergus Castle. 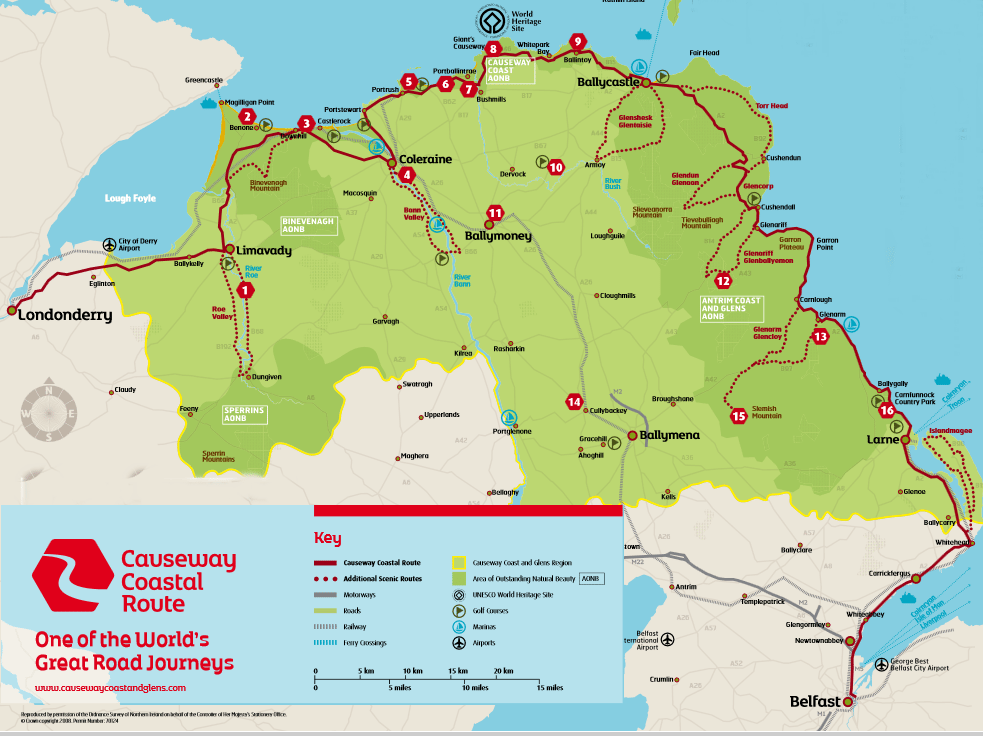 Buses are available from Portrush, Bushmill and Coleraine to the Giant’s Causeway.

The Giant’s Causeway tour from Belfast includes visits to other places in Northern Ireland such as the Carrick-a-rede Rope Bridge.

Personally, I would recommend visiting the Giant’s Causeway on your own so that you can spend as much time as you like. However, if you’re visiting Belfast for a weekend break or you’re planning to travel to Dublin for a few days, I’d advise you to opt for a tour.

You can’t leave Ireland or Northern Ireland without seeing the Giant’s Causeway! It is undoubtedly one of the most impressive sights in Ireland. 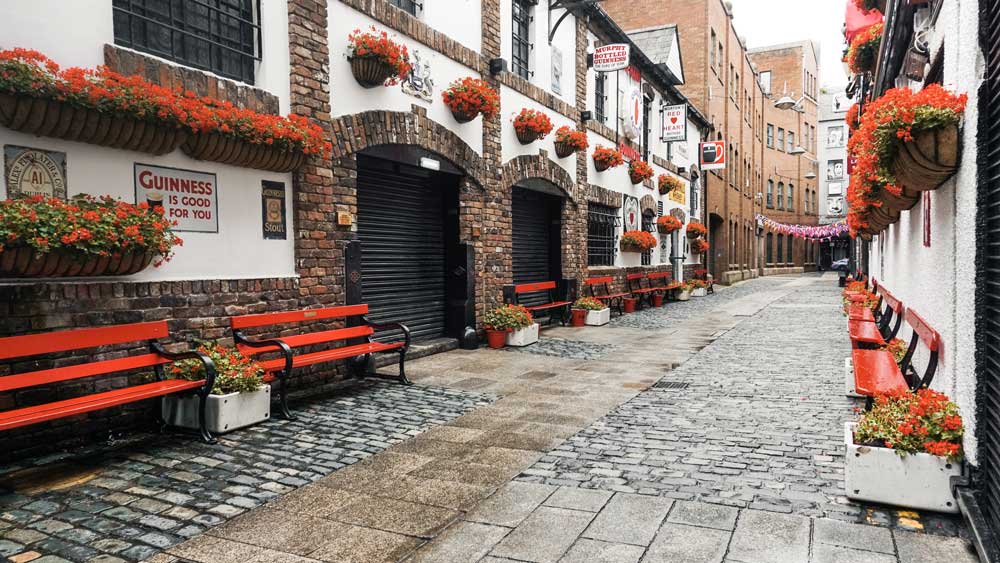 Belfast is one of the most important places to see in Northern Ireland – it’s a must on your itinerary!

Many people who travel to Ireland often take a day trip from Dublin to visit Belfast and the Giant’s Causeway in one day. It’s a good option if you want to visit both places and you’re short on time.

But to fall in love with Belfast – or at least not leave with the feeling that you’re not convinced – you’ll need more than a couple of hours of sightseeing in the city.

Here are the best places to visit in Belfast: 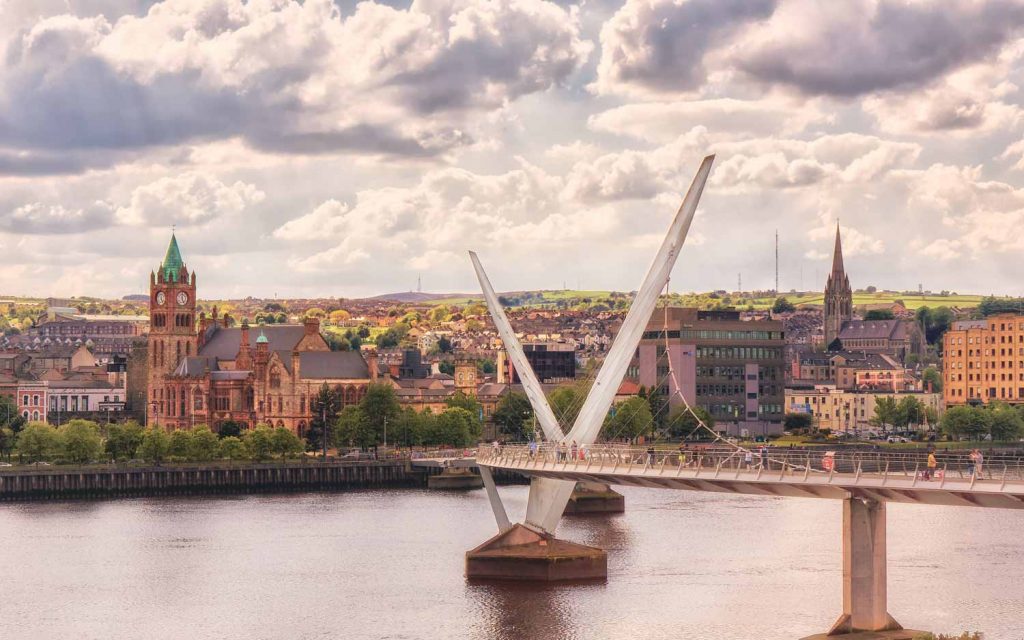 Derry is another city that should be on your list if you’re travelling to Northern Ireland.

It is a walled city and one of the most important points of conflict in Northern Ireland. Like Belfast, this city still bears the scars of the conflict between Catholics and Protestants. 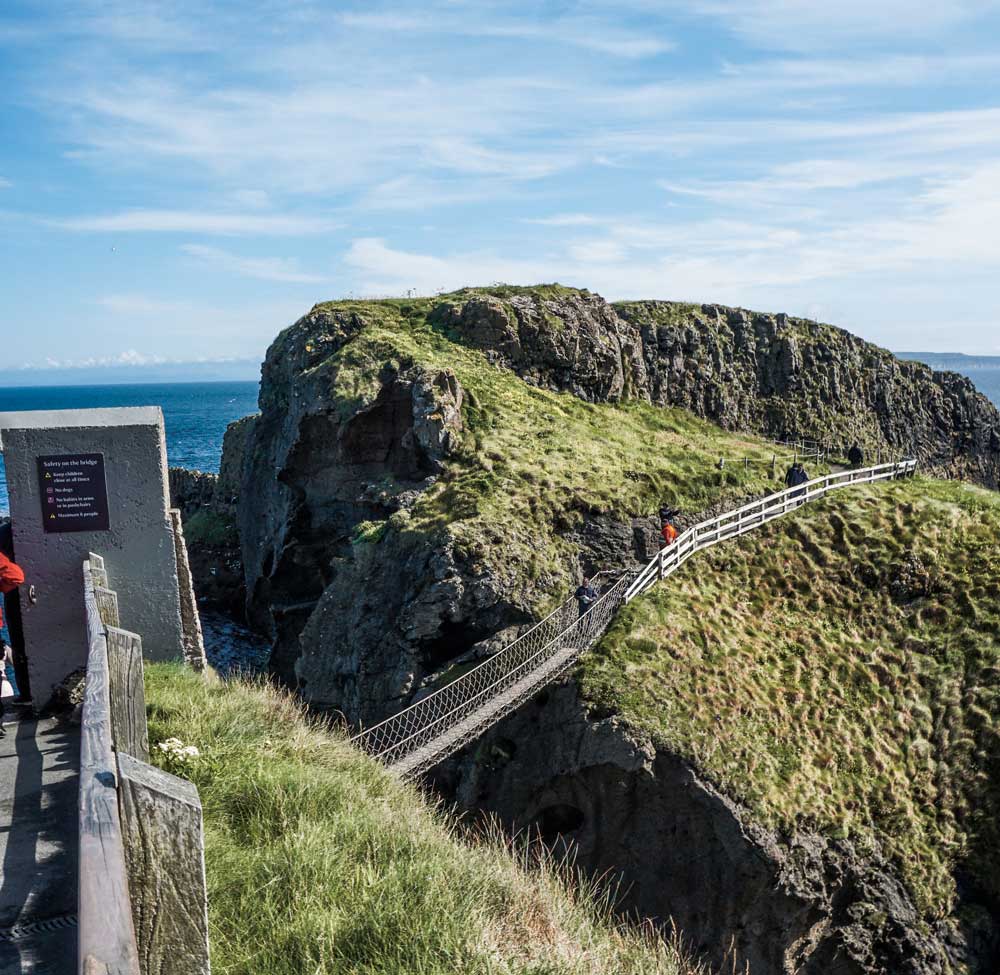 If there was a list of things to do in Northern Ireland once in a lifetime, crossing this bridge would be at the top of the list. It is one of the most spectacular sights on the island.

Carrick-a-Rede Rope Bridge is a 30-metre high suspension bridge, and one of Northern Ireland’s most famous landmarks. You can visit it on your own, or with a Giant’s Causeway tour from Belfast – it’s one of the stops on the tour.

The bridge has become one of the island’s most popular tourist attractions. It is open all year round, weather permitting. Tickets are purchased on site and cost £9.

You only need to pay to cross the bridge. You can walk along the path from the car park to where the bridge is located, it has stunning views.

From here you can see Sheep Island, an island where farmers used to take their sheep to prevent them from being stolen.

It is the oldest licensed distillery in the world. It is often included as part of a tour of the Giant’s Causeway.

You can visit the public areas of the distillery and have a tasting of various whiskies. Or, get into the real world of whiskey and take one of the tours on offer.

Northern Ireland is a destination that has become more fashionable since some of the sites were used to film episodes of the famous Game of Thrones series.

It is therefore not uncommon to find Game of Thrones set tours in this part of the island. The Dark Edges, Carnlough, Dunluce Castle, Porstewart Strand are just a few of the spots not to be missed on such tours.

Another way to visit them – and the most comfortable way – is by car. If you take a driving tour of Northern Ireland, you can visit them all at your own pace. And you can spend as much time as you like at each of them.

If you’re a fan of the series, you’ll be pleased to know that the city of Belfast – despite not being part of the set – is a place with a lot to do with the series: 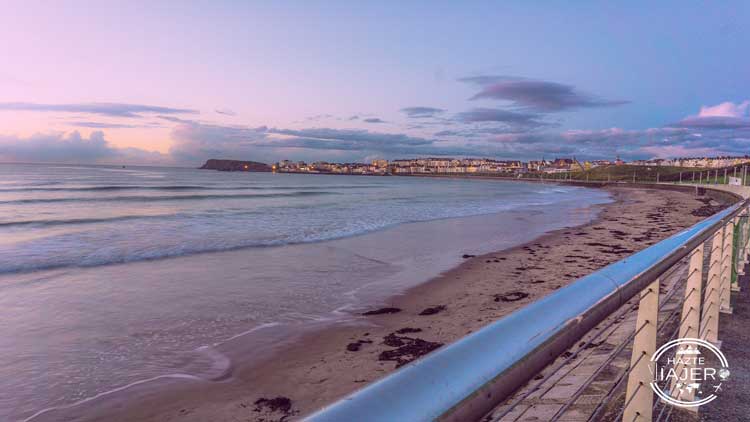 However, it is less accessible by public transport. You will have to change at some other town. On your route by car in Northern Ireland you can’t miss it.

The town itself does not have any outstanding buildings (museums, monuments and the like) but it is the scenery that makes it a must-see destination in Northern Ireland.

That’s why it’s so important to take time to unwind. Tourism here is all about savouring the cuisine and strolling by the sea.

The beach is stunning at sunset. Given the conditions of the place, it is usually frequented by surfers. In addition, on the promenade there are several establishments overlooking the sea, such as Ramore or Babushka.

Ramore has several restaurants spread over two buildings facing the sea. I had the best hake I’ve ever tasted at The Mermaid. They also have a bar called Harbour Barr, where you’ll meet Willie Gregg.

From Postrush you can take a bus to the Giant’s Causeway. If you plan to visit it on your own, I would recommend staying one night here. Anvershiel Houseis the B&B where I stayed during my solo trip in Northern Ireland.

The rooms are very well equipped and clean. The breakfast is delicious. And I can assure you that Alan and Janice will make you feel at home. 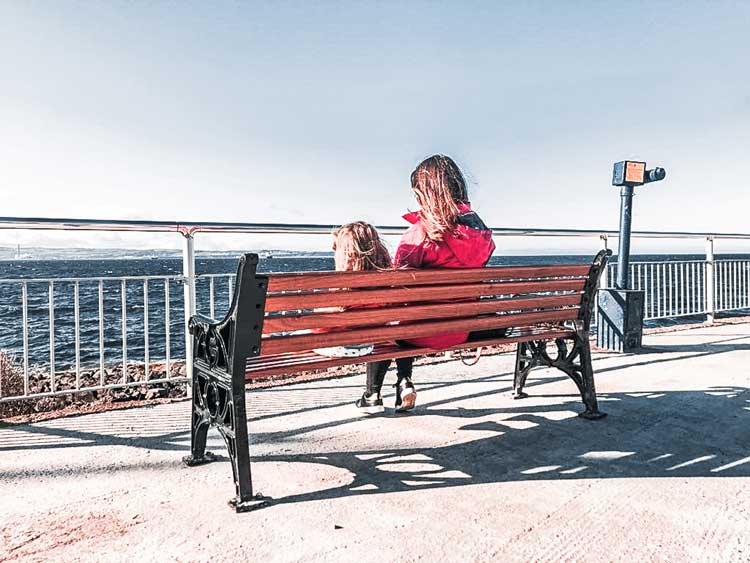 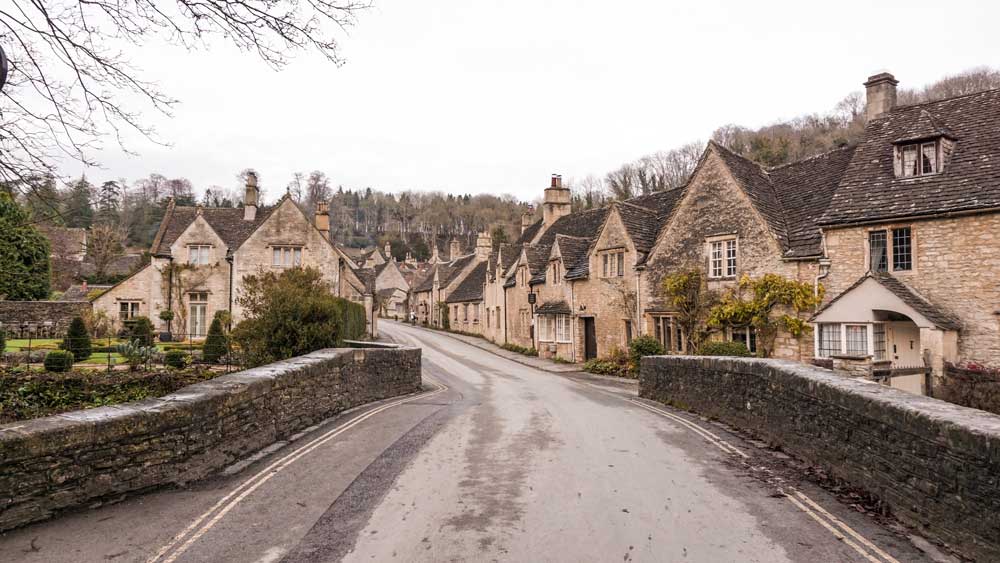 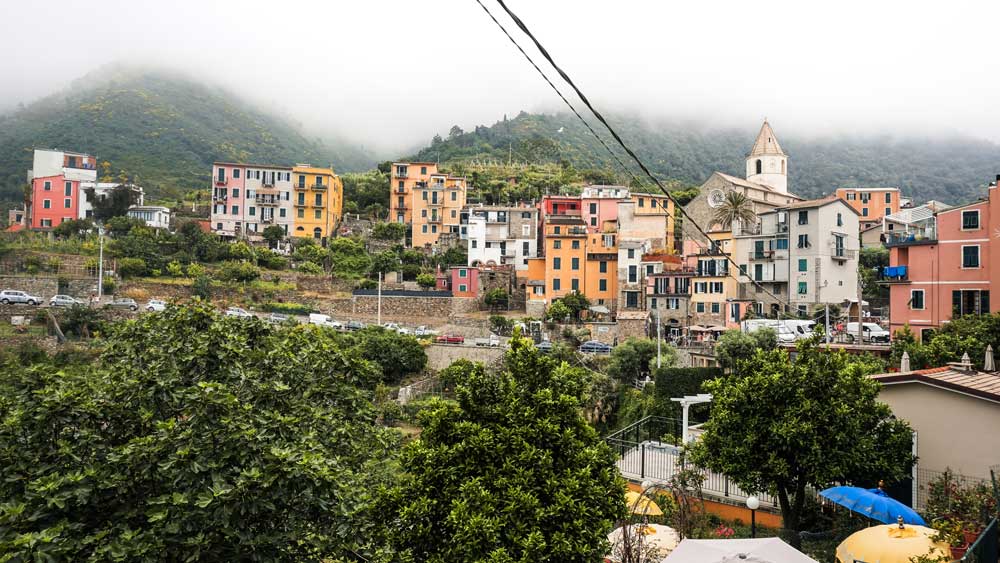 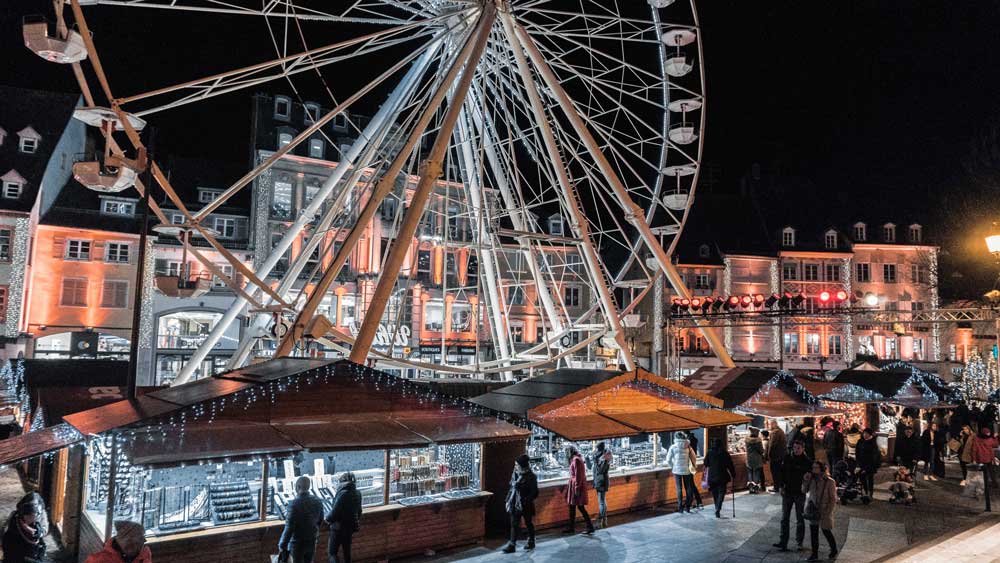 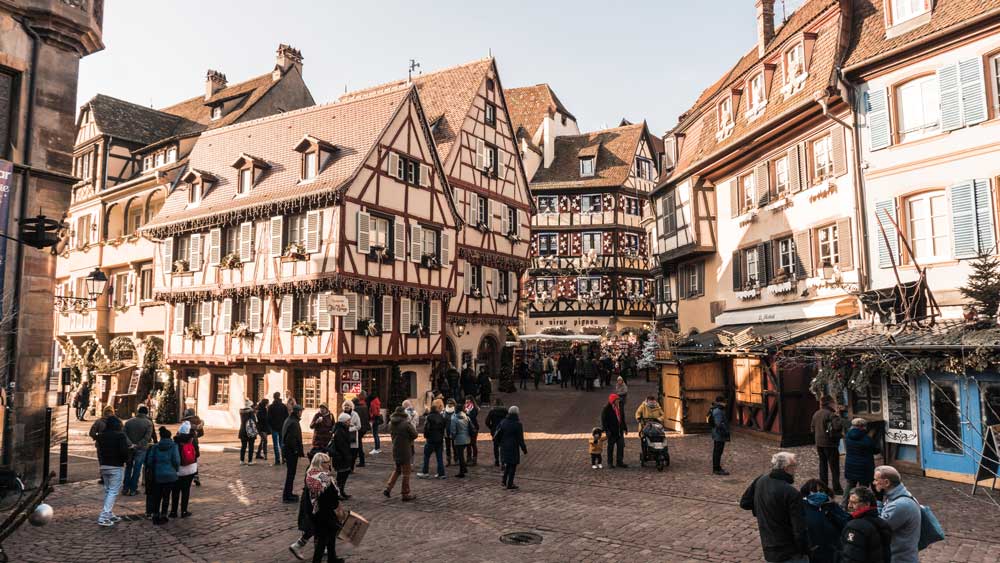 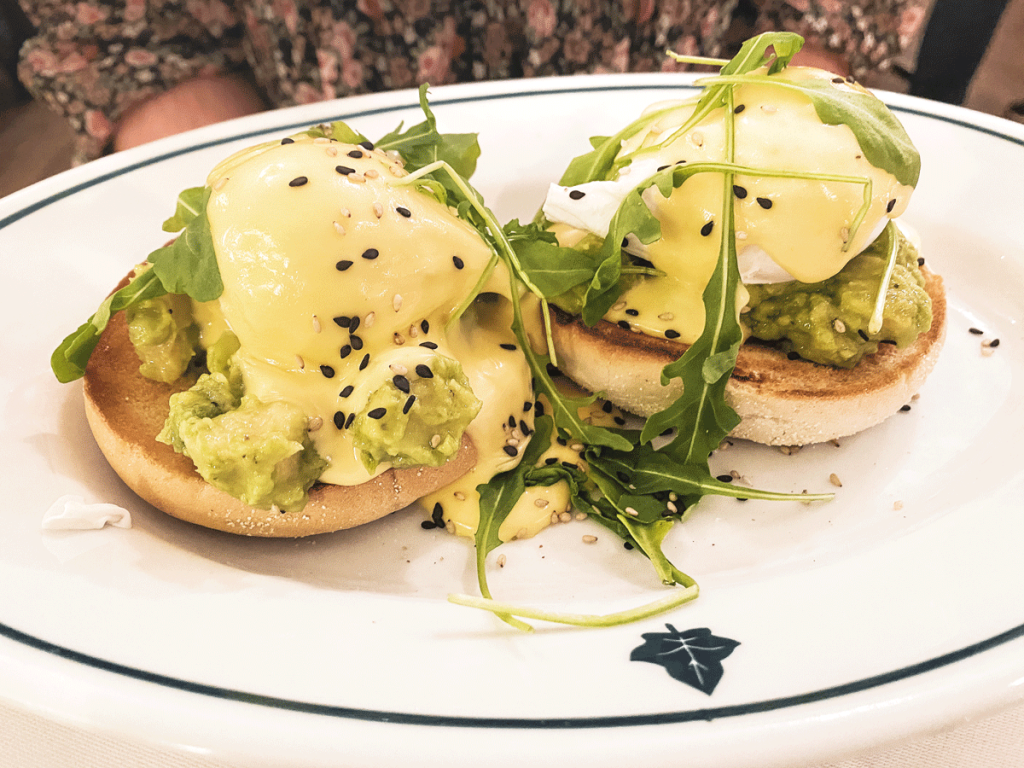